(Wednesday morning update! The U.S. House of Representatives passed the bill on a voice vote late Tuesday, and it is on its way to President Obama’s desk. Said U.S. Senator Carl Levin: “This is good news for all of us who cherish the matchless beauty and the ecological importance of Sleeping Bear Dunes.”)

Michigan’s iconic and globally rare freshwater dune system is on the verge of getting Congress’ first wilderness designation since 2009, capping more than a decade of discussion about how best to protect one of the region’s signature natural areas while keeping it open to hunters, anglers, beach lovers and others.

The Sleeping Bear Dunes National Lakeshore Conservation and Recreation Act would designate as wilderness 32,500 acres of the park that gained national attention in 2011 when Good Morning America viewers voted it the nation’s most beautiful place. The bill is set for a House vote this evening and is expected to land on President Obama’s desk for his signature.

The bill is a rarity for the polarized 113th Congress, which hasn’t designated a single acre for protection under the Wilderness Act. (Neither did the 112th – the first Congress not to add wilderness since 1966.)  It enjoys bipartisan support among Michigan’s congressional delegation—Democrats Carl Levin and Debbie Stabenow co-sponsored the Senate version, which passed in June, while Republican Dan Benishek introduced the House bill—and has the backing of local residents and the National Park Service.

That wasn’t always the case. A 1981 wilderness proposal from the NPS included controversial recommendations such as closing county roads that provided access to beloved beaches. A 2002 plan to implement some of those recommendations touched off public outcry, and was quickly scrapped.

Park administrators started the process fresh, with more transparency and inclusion. The current legislation finally took shape after years of research and planning, and nearly 100 public meetings. (For helpful background, check out this recap from the Glen Arbor Sun.) 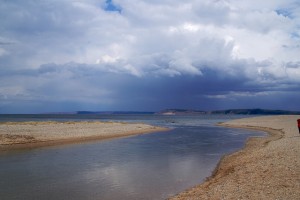 “Now the areas proposed for wilderness make sense, and will provide that the primitive, natural areas can remain as the local population wishes—in their natural state—without cutting off public access where it is needed,” said Jeannette Feehely, president of Citizens for Access to the Lakeshore, in a 2013 testimony before the House natural resources committee. “It is not a bill where the proponents give grudging, reluctant support, feeling compromised and unhappy about something. Rather, this is a bill wherein almost everyone involved has emerged quite satisfied.”

Tom Ulrich, deputy superintendent of the National Lakeshore, told Michigan Distilled that seeing the wilderness bill become law will provide clarity about future management of the area, marking a new chapter of cooperation between local residents and park administrators.

“It has been such a longstanding issue at the park, and at some times in the park’s history, a very contentious one,” he said. “It would be nice to put it to bed and not have this kind of institutionalized tension between us and the stakeholders who didn’t approve of the previous wilderness proposals.”

Ulrich added that the bill’s passage could help attract visitors looking for a particular brand of outdoor experience.

“One key to this is, once a place is designated as wilderness, that attracts visitors,” he added. “People go to places because they’re designated wilderness.”