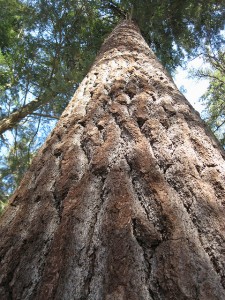 With lawmakers back in town following their summer break, the pace of things is picking up here in Lansing.

That said, none of what you’re about to read has much to do with the legislature. Still, we think they’re important stories to keep an eye on, and we hope you enjoy digging into them. Thanks for reading!

Bus stop swap. We learned recently that Detroit Metropolitan Airport is planning to change the boarding location for SMART and AirRide, the two public transportation providers that serve the airport. The buses now drop passengers curbside at the McNamara Terminal, but the new location—shared by cabs, charter buses and several shuttle services—is some 500 feet from the terminal, according to MLive. Our colleagues from Trans4M rode a bus to both the current and proposed boarding sites on Monday, along with a transit advocate who uses a wheelchair. As detailed in a blog post, they came away with concerns about how the change would affect passengers, particularly those with disabilities.

We testified and submitted written comments Thursday at meetings of the State Transportation Commission and the Wayne County Airport Authority, requesting that plans to change the boarding location be put on hold pending more public outreach and discussion. Stay tuned for more on this issue.

Latest on Enbridge. There has been interesting news lately about the Enbridge pipelines that carry 23 million gallons of oil a day through the Straits of Mackinac.

Michigan Radio had a report recently on the dangerous work of adding supports to the pipeline more than 200 feet below the surface, where divers battle strong currents that would rapidly spread oil throughout the region in the case of a spill. The state ordered Enbridge to install them after the company acknowledged long spans of the pipelines were unsupported—a violation of its easement, which requires anchors securing the pipeline to the lakebed at least every 75 feet.

Enbridge, along with state and federal agencies, held a training exercise this week to simulate a spill from the same pipeline in Indian River, about 30 miles south of the straits. We’re glad the company is working on an effective spill response, but Michiganders shouldn’t be lulled into a false sense of security. The U.S. Coast Guard and other responders are not prepared or equipped to handle an oil spill in the Great Lakes, according to a recent Detroit Free Press story.

Given how quickly and widely oil would spread if a pipeline ruptured in the Straits of Mackinac, Gov. Snyder should immediately begin a public proceeding to ensure Enbridge is doing everything it can to make sure a spill there never happens. Keep in mind, the Kalamazoo River disaster—the worst inland spill in U.S. history—was just one of more than 1,000 spills from Enbridge-owned pipelines between 1999 and 2013. The company also has caught flak recently for what appears to be a sneaky switcheroo to skirt federal regulations while bringing more Canadian tar sands crude into the U.S.

New plan for old growth. We got a welcome surprise last week when Department of Natural Resources Director Keith Creagh decided to take mineral rights beneath the old-growth forest at Hartwick Pines State Park off the block for Michigan’s October auction of oil and gas drilling leases. Just a week before, Creagh defended his plans to auction the leases in a Bridge Magazine guest column. While the leases would have barred drilling activity on the surface of the park—instead requiring directional drilling from wellheads located nearby—MEC and other groups raised concerns about how drilling so near a beloved outdoor recreation site would impact public enjoyment of the park.

Creagh ultimately was swayed by letters submitted by grandchildren of Karen Hartwick, who donated the land to the state in 1927. “Upon review of the information received from these grandchildren, the DNR will remove approximately 7,849 acres from the auction to adhere to the spirit and intent of the generous gift of land from Ms. Hartwick,” DNR spokesperson Debbie Munson Badini told Bridge. “Staff are reviewing an additional 1,886 acres being offered within Hartwick Pines—land not donated by Ms. Hartwick. Those additional parcels may or may not be removed from the auction, depending upon the result of that review.”

We’ll keep a close eye on this issue, and we hope it leads to a fruitful conversation about the value of special places like Hartwick Pines. For now, we’re grateful to Director Creagh for making the right call.

“We appreciate Director Creagh’s respect for the Hartwick family’s wishes, and thank him for making the right decision to protect this one-of-a-kind park,” MEC President Chris Kolb said in a statement to the media. “Personally, I’m thrilled that the experience of standing beneath the park’s towering white pines will remain unchanged for visitors to enjoy.”

Climate march heating up. World leaders will gather Tuesday in New York City for the latest United Nations Climate Summit. You’d be forgiven for reacting to the summit with a shrug, after about 25 years of similar meetings that have led pretty much nowhere, but the meeting is actually a big deal. It’s intended to build the momentum needed to achieve a meaningful global climate treaty at next year’s U.N. climate gathering in Paris, which “may be the last best chance to address this problem before the Years of Living Dangerously begin,” according to Rolling Stone.

But the real news will happen Sunday, when more than 100,000 people are expected to gather in Manhattan for what is being billed as the largest climate march in history. A diverse lineup of more than 1,400 organizations are participating in the People’s Climate March, including Hurricane Sandy victims, faith groups, environmentalists, social justice advocates and others. Somewhat surprisingly, U.N. Secretary General Ban Ki-moon announced this week that he’ll also be among the protesters.

As if the need for climate action wasn’t already clear, new NASA data show that last month was the hottest August on Earth since record-keeping began, and experts say 2014 will likely top out as the hottest year on record. Meanwhile, the president of the Marshall Islands—where 1,000 people were displaced in March when extreme tides swamped low-lying communities—warned world leaders that his nation will disappear without bold action to slow climate change.